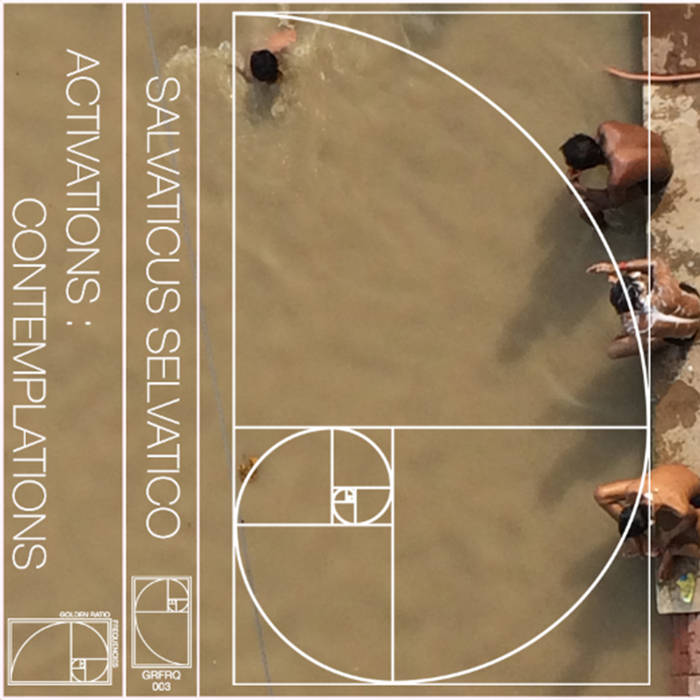 Golden Ratio Frequencies is proud to realise the first physical release of ACTIVATIONS : CONTEMPLATIONS, a sprawling and expansive collection of sound explorations by Simone Salvatici AKA SALVATICUS SELVATICO.

For over a decade Salvatici has explored resonance and interaction between holistic, intuitive and sacred instruments, such as Gongs and Himalayan Bowls, in combination with Synthesisers, processed sound, and controlled feedback. With ACTIVATIONS : CONTEMPLATIONS, we see the Italian-born, London-based artist observing and disclosing the hidden connections of contrasting elements, such as movement and stillness, acoustic and processed sounds, as he draws melodies rising out of drones, returning to them, in activation and contemplation, weaving a fragile balance between two polarities continuously evolving.

A trained sound practitioner, Salvatici has studied under masters of the craft such as Grand Gong Master Don Conreaux, and at a number of prestigious academy programs, including The British Academy of Sound Therapy (BAST). He has released records and collaborated with projects such as Clorindine, Polbrone, and has worked with filmmakers, directors and visual artists performing in such venerable institutes as Tate Modern, Cafe Oto and Centre of Contemporary Art Glasgow. Salvaticus Selvatico illuminates for us but one shade of colour from Salvatici’s prism of talent, drawn from a source of pure and free commitment to sound in its elemental form.

ACTIVATIONS : CONTEMPLATIONS takes the listener on a journey in and out of deeper layers consciousness with gentle ebb and flow, rise and fall, and crescendo and plateau that melts away its mammoth two-hour duration into a mind state where neither time, space nor the self are of concern—a mental, physical and spiritual refuge in which we are gifted the experience of peace and contemplation.

All instruments performed and recorded by Simone Salvatici

All songs written and composed by Simone Salvatici